Nike: At what price is Social Responsibility?

Background:
I remember way back when Nike just made running shoes...their classic waffle-inspired ones.  Now the company produces shoes for all kinds of activities and apparel revenues alone approximate $5Bn!  Nike's revenues were $20.9Bn in FY 2011.

Historical earnings and revenue growth, and the overall management of the company, has been quite admirable.  Founders Bowerman (deceased) and Knight (a 4:10 miler) left the company in good shape.  One of the last, but most powerful accomplishments Knight left the company with was its leading position in Corporate Social Responsibility ("CSR").

CSR Efforts did not come naturally to Nike...
CSR did not come easy for Nike.  For years, the company was criticized by Human Rights Groups for using sweatshops.  The company has been subject to much critical coverage of the often poor working conditions and exploitation of cheap overseas labor employed in the free trade zones where their goods are typically manufactured (link). Sources for this criticism include Naomi Klein's book No Logo and Michael Moore documentaries.  As of 2011, Nike has made great strides in monitoring most of its factories so that workers are not abused in any way.

But there's still work to be done...

On Dec'11, Nike released its latest iteration of the (Michael) Jordan sneaker.  Retailing at $180, this shoe has an iPhone cult following bringing the company about $1Bn in revenues.  However, we're not talking about "Bobos" and "Yuppies" buying these shoes.  Instead, its lower-income earners (mostly guys living paycheck to paycheck) that Nike's marketing to. In fact, shoe launches are usually
timed perfectly to the exact day customers receive their paychecks. (Source story: WSJ). Surely, this should give socially responsible investors pause.  It just ain't right, It ain't Right!
So what's Nike worth?
Presently, Nike's shares are overvalued, or are they?  Nike's shares are either fairly, or overvalued using several metrics including Prices/Earnings and Discounted Cash Flow.  According to a Fidelity StarMine report, Nike's P/E (trailing 12mos) is 20.8x versus 14.2x for the shoe/apparel industry.  Over the last 5 years, Nike's median P/E was 16.7x, with a peak of 19.0x, according to Stifel Nicolaus (whom uses forwards estimates).

According to Jefferies research (which provides forward earnings estimates on each member of the peer group) Nike has the highest P/E ratio (See below).

What's Nike worth using Free Cash Flows?
I calculated the intrinsic value of Nike's shares using a 3-Stage DCF model.  Short-term growth (< 5years) was estimated at 16% and attributed to the strong orders book and several upcoming events (e.g., Summer Olympics, World Cup).  I discounted cash flow at a weighted average cost of capital of 10%.  The somewhat lower number (than we usually use) was attributed to the company's CSR efforts, high credit rating (Moody's: A2), low share beta (GoogleFinance beta: 0.9) and consistent earnings.  Our Calculated value of $93 is actually below the current share price of $97.


<click to enlarge>
So then, what's the extra-value of CSR worth?
Clearly, Nike's shares are worth more than others.  Using the data sources cited above, it's shares trade at a premium between 10% and 45%.  We can assume that its CSR efforts awards it a higher value.  Its higher valuation is also attributed to a:
In this link readers will be able to read Moskowitz Prize winning articles including the most recent, which notes that costs of capital are lower for companies utilizing CSR efforts. The Moskowitz Prize is awarded every year to those researchers that have done "outstanding work in Social Responsible Investing."
Conclusion:
Nike is clearly a track-star and its above-average valuation shows it.  I believe the higher valuation is partially attributed to its leadership in CSR as well as the company's strong track record of earnings growth.  2011 was a tough year for the company given higher raw material costs that cut into gross profit margins (SA article), but global commodity costs have already started declining sharply.  On the demand side, 2012-13 will show improvements given an upcoming product cycle (e.g, NFL deal) and the 2012 London Summer Olympics.

The only threat to Nike's improving outlook is that we're expecting a Euro-Crises during 1H'12.  This could slow EU demand given that over 20% of revenues are from the area (incl Eastern Europe).

Disclosure:  The author's long NKE and enjoys taking long jogs with a pair of his favorite Nike Free Runs.
Posted by Dominic at January 06, 2012

Helios and Matheson: I’ve seen this movie before, and it ends badly !

Summary:   My career as a penny-stock equity analyst gives a unique perspective to the issuer  HMNY is insolvent and the likeli... 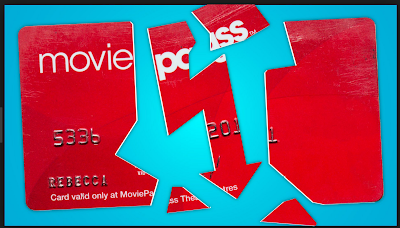 Bio of a Corporate Soul Searcher 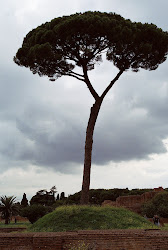